The SCA's Youth Development Officer, John Millar, reflects on a busy and successful 2013.

Swiss Youth Cricket has had a busy and successful 2013.

Junior cricket exists on a voluntary basis only. The health of junior cricket is entirely dependent on the generosity of the coaches, managers and parents of the players. The time commitments are very considerable, and I thank the entire junior cricketing community but especially the coaches and managers most warmly.

Domestic junior cricket takes place in Switzerland round the year, with the indoor season running from October to April, and the outdoor season from May to September.  School holidays over the summer do limit the number of players available in July and August, so the season tends to peak in May and September.

Junior cricket is organised by age group.  Players play with players of their own age with a cut off date for assessing ages of 1 September.  Cricket takes place at U9, U11, U13, U15 and U17 levels.  It has been known for an individual club to field teams at 5 separate age groups at the same time.

The key junior clubs in Swiss cricket are, in alphabetical order:

Cricket is also introduced in the PE functions at other International schools, and I am liaising with Robin Maslin of the T20 International Cricket Company of the UK to investigate opportunities for 20Twenty to work with more schools direct.

In 2013, the Basel Dragons tournament expanded from U11 and U13 age Groups as previously run to include a U15 tournament.  These took place using three gyms in the Pfaffenholz gym.

In another closely fought tournament in Swiss U11 cricket, Basel Dragons beat Zurich Crickets in the final.  In the league stage Zurich were the only undefeated team but the play-off between the two top teams saw Basel Dragons prevail.

At U13, guests Luxembourg, through a level of bowling discipline that only Basel Dragons among the Swiss clubs were close to, were the winners.  Gingins, Zurich Crickets and Basel Nightfuries also participated.  (With this result, Luxembourg became the holder of both the Gingins and Basel tournament trophies, so a rematch of the national Switzerland U13 team against Luxembourg was arranged for September; Switzerland won).

At U15, run on a different weekend, Basel Dragons, Gingins, Cossonay, Zurich Crickets and Luxembourg competed, Gingins taking the cup.

At the Swiss Junior Championships at Zuoz in May we saw 5,476 runs, 140 players, 36 matches, 3 champions in 2 days. Negative degrees centigrade and 0 complaints.

This last fact was important. On the Tuesday before the event, the first mail came in: “We have been getting some mails from our parents who have been looking at the weather forecast. Are there any alternatives to playing in this weather?” Though the answer was yes, and a full alternative schedule was prepared for indoor cricket, no one wanted to miss the special experience of playing in the mountains.

It was horribly snowy as I got onto the Vereina train – a first concession to the weather: every other year, going over two of the three passes into the Engadin valley have been a highlight of the Zuoz weekend. Yet when the train arrived, along the valley from Zuoz, the sky was blue, the ground was green, and the snow was 50 metres above the road (and pitch) level. What a relief!

The following teams were represented at Zuoz this year:

At U15, Zurich Crickets went into the competition without having won a single game since the previous summer, but found their form exactly when it was needed, beating the three other sides and taking the Cup.

While this result was a surprise, the U13 competition followed the current form in Swiss Junior Cricket. From the winners’ website… “Despite bitterly cold conditions and several flurries of snow, the Dragons U13 team, under the captaincy of Tom Patrick, were crowned Swiss Champions at the Zuoz festival over the weekend of May 25/26. The team remained unbeaten, winning all their games against Gingins, Basel Nightfuries, CDL, La Chat and Zurich. Ironically, only once in the tournament were the team in serious trouble and that was against the Basel Nightfuries when the Dragons were reduced to 25 for 6 after a batting collapse.” This shows the perennial cricketing danger of assuming that you will win! It also provided the photograph of the weekend, Will Clayton, demonstrating his typical approach to self control, hitting his first ball, bowled by brother Ed, for 6. As last man in. At 25 for 6!

The U11 competition was also won by Zurich Crickets, this time from Basel Dragons. The Zurich joy was, however, tempered by the sadness of the departure of the Harris family, manager, coach and key player, from Switzerland shortly afterwards.

The Leman Cup games in September, which are played by the newly-rolled over age Groups, saw Suisse win the U15 competition by a close 15 runs, and Schweiz win at U13 by a strong 104 runs and at U11 by 50 runs.

Gingins indoor competition has expanded this year, and there will now be three, for U11/ U13, U15 and U17, taking place on separate weekends in November. Gingins were unable to secure the venue on the same terms as in previous years, and are to be congratulated on working with sponsors to raise the money needed to pay for the gym to hold the tournaments. We are all looking forward to it.

Between these tournaments, games are organised by club coaches between the different age groups relatively informally – though the games are taken very seriously.  Among the most enjoyable games of the year for me personally took place at U13 level in June, combining the gathered players into teams together to play in different games at Cossonay and Basel.  These followed a pattern developed in previous years at U15 level in the indoor season.  It is a different challenge for players to fit in to a team where roles are less clearly established, and a good way to test players’ spirit of cricket.

In addition to games, Basel Dragons, Zurich Crickets and Gingins maintain relationships with UK training specialists and provide periodic trainings to their squads.  Elite players from the clubs and school teams were invited to take part in national training sessions supported by external trainers (U11 and U13) and (U15 and above) Swiss Colts training.

In addition to domestic cricket, Swiss junior cricket clubs have also toured overseas.  Gingins have played in Holland and France (winning the Dutch National U14 T20 Championship), and Zurich Crickets U15s visited England over the Ascension weekend (albeit with less success.)  The benefit to the clubs’ players is to put their achievements in context, and the joy of an intense few days of cricket.  As with the tournaments, the organisation required for these tours is extraordinary.

In 2012 members of the Gingins U15 team formed a charity run by youngsters to benefit youngsters, called Chance 2 Dream.  The objectives of this charity are to provide cricketing equipment to communities in India where it will be appreciated.  This initiative has helped its members see cricket from a different angle, and has inspired players to impressive individual sponsored challenges.  I donated some new equipment I held for sale at the Zuoz tournament, raising CHF 471 for Chance 2 Dream, and at this time the amount raised is well in excess of CHF 5,000.

The pinnacle of Swiss Junior Cricket is the National teams.  2013 was a busy year with the following international events:

U11 – tours to England and Luxembourg

U12 – tour to Luxembourg

U15 – tour to England, participation in Swiss Colts

U19 – Swiss Colts participation in Swiss Senior League and T20 competitions, tours to England and the U19 international in Karlsruhe, Germany.

While results were mixed, our teams are able to adapt well to different and challenging environments. Separate reports of these tours were published on the SCA website.

The Swiss Colts team represents the highest achievement of Swiss Junior Cricket. Because of the distances involved, the dedication required of the regular players and their parents, particularly those from Northern and Eastern Switzerland, is extraordinary. In 2013 the Colts have had a season in which the objective of two wins has been easily exceeded.

Simon Henderson, a U16 player, was also selected to play for the senior Swiss National team in 2013

Nominations for the Bob Barber awards for outstanding Swiss cricketers at each age Group are currently being collected from the National team coaches.  These will be awarded at the Gingins tournaments in November.

The dedication required to organise and run National tours, on top of Club responsibilities is very considerable.  I would like to thank all of the coaches and managers and parents for their support, but in particular to highlight the volume of work taken on by Steve West and Chris Clayton of Basel Dragons for their driving management of the U11s to U13s, Patrick Henderson of Zurich Crickets and Rhett Andrews of Gingins at U15, and Yeti Sinh of Cossonay for his work with the Swiss Colts, which goes on through the summer season.

The health of Swiss junior national Cricket is the result of your efforts.

Swiss Junior Cricket sponsors in 2013 include: 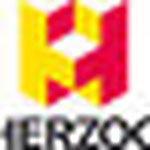 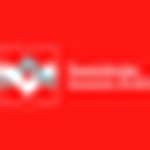 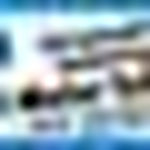 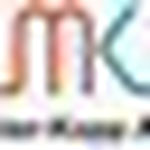 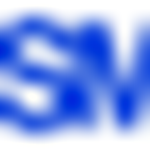 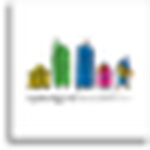 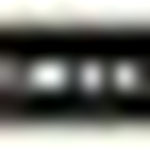 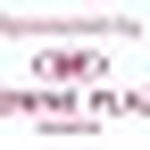 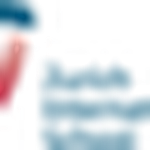 In addition, Swiss Junior Cricket benefits from the generosity of Zurich International School for the free use of their large gym in Adliswil, which Zurich Crickets uses 1) for a parents/ players day and 2) to invite other clubs to games to share the benefit.

Basel Council allows Basel Dragons, as a formally constituted junior sports club, to use city sports facilities free of charge so long as 80% of the participants are juniors. Basel Dragons have also invited teams of all age groups from across Switzerland to share this benefit.

The funds raised have been used evenly across the various junior age groups. We have brought UK coaches to Switzerland to train national U11 and U13 squads, supported tours to England, Luxembourg and Germany, replenished the stock of Swiss national shirts and caps of all sizes, and to finance meals, balls and gifts at the Swiss National Junior Tournament at Zuoz in May.

We also hold a stock of 18 expensive Burley indoor balls for tournaments this winter, which be sold to the host clubs, and will be making a donation to Cossonay Cricket Club towards the cost of their new pavilion.

The ultimate objectives of junior cricket are for players to develop their game, their spirit of cricket and their friendships with each other and opponents.  Our playing population is mostly teenaged and therefore not always willing to take a direct route to the achievement of these objectives.  But as a result of the collective effort of all involved in junior cricket as player, parent, coach and manager of clubs and national sides, 2013 has been a positive and successful year measured against all of these objectives.

I reiterate my thanks to all for their support of each other and of me over the year.